Before becoming a prolific, award-winning romantic suspense novelist, Anne Haynes was cherished for the classic, compelling stories she contributed to the X-Files fan fiction archives. She went on to publish around 40 novels.

This site has been restored from a combination of Anne's former fan fiction pages which have been gathering dust in a corner of The Wayback Machine for far too long. She ceased hosting her site in 2003.

Anne began writing under her real name before discovering the pitfalls of writing fan fiction under a name you later want to use when submitting screenplays and manuscripts. For this reason she attempted to regain control over the distribution of her work by removing her stories from other archives and archiving them exclusively on her own AOL site under the pseudonym "Anne Haynes". Anne/Paula will be remembered fondly, with her frequently recommended and oft re-read stories continuing to captivate X-Philes.

This site was originally designed by Anne Haynes, and her "day job" in copywriting and graphic design obviously contributed to the creation of a site that still looks this good 20 years later. We hope you can't tell which images had to be recreated to replace the few that were missing and hope Anne would approve.

I've revived all of the stories on her main site and,if time ever permits, I'll try to piece together the additional pages such as the MulderGlasses Shrine, the MFEO (Made For Each Other) Society, and Episode Reviews.

I opted to keep the non-frames version (I always hated frames anyway) and did actually update pages to HTML 3.2, before begrudgingly accepting that it wasn't going to be enough for today's mobile devices and recoding it in responsive code.

I hope you enjoy having these stories to read over again, and if there are any problems please email mail@xf-redux.com. 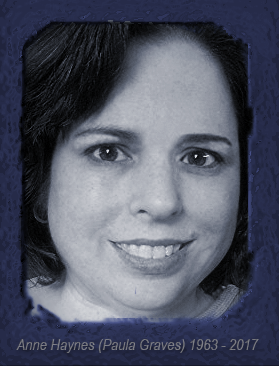